Click a heading below or scroll down to read.

P2P was “incredibly important to DINZ,” chief executive Innes Moffat noted, in his opening comments at the P2P last week. 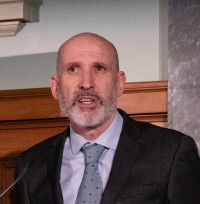 A raft of resources has been developed for deer farmers under P2P, as well as methods to ensure adoption of new management techniques and technology. These include the Deer Hub online, the Deer Fact sheet series, tools to monitor growth and reproduction and the setting of key performance indicators. These will stand farmers in good stead for the future, Moffat believes.

Moffat’s own highlight has been, “the enthusiastic engagement from our deer farmers in P2P programmes.

“We are taking the enthusiasm that has been with us since day one of the programme, through into our future work. Our objective is to continue to help farmers to profitably produce premium products from New Zealand’s extensive pasturelands for discerning consumers around the world.”

P2P “achieved much, did not have a perfect run” 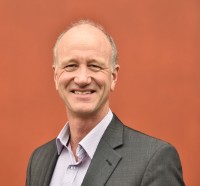 Bruce Wills has praised the five venison marketing companies, which are working together for the good of New Zealand’s deer farmers, and the Advance Party programme, which is helping deer farmers with dissemination of new ideas and information.

Independent P2P programme chair, Bruce Wills, says venison marketers have done what he describes as a “fabulous job” pivoting to retail, with prices well on the way to recovering from a Covid-induced slump. Developing retail demand for venison in the US was one of the major successes of the P2P programme, which has just concluded.

“P2P has achieved much, but did not have a perfect run,” he acknowledges.

“We did not achieve the aspirational targets we set for ourselves seven years ago. No-one foresaw the entire global foodservice sector’s shutdown in 2020 as a result of Covid-19. Venison, as a niche product targeting high-end restaurants, was impacted particularly hard and prices almost halved,” Wills says.

Wills has expressed his appreciation to both the Minister of Agriculture Damien O’Connor and his predecessor Minister of Primary Industries Nathan Guy for their support of the P2P programme.

“The Primary Growth Partnerships and Sustainable Food and Fibre Futures programmes are great concepts, for which MPI should be applauded.”

Velvetters reminded of obligations ahead of new season

DINZ is reminding velvetters of their administrative, practical and legal obligations ahead of the new velvet season. 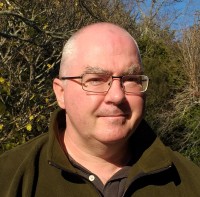 Only registered veterinarians or certified velvetters are legally allowed to remove deer velvet and use the industry’s VelTrak tags, that will track and trace the product each step of the way from the farm to the market.

Administratively, velvetters are asked to pay their National Velvetting Standards Body (NVSB) fees promptly – no later than 20 November – to make sure the required annual supervisory visit is completed by December 15, and that drug records and any unused drugs are returned to supervising vets no later than 31 March.

“We need to show that we are compliant with all aspects of the NVSB programme, including the administrative ones, as our sector comes under more scrutiny than ever,” DINZ general manager quality assurance Gregory is telling velvetters.

They are also being asked to login in VelTrak to check business details, including their veterinary practice, are correct, “and that all velvet intended for human consumption is tagged with official VelTrak tags,” he notes.

Putting faces to the deer science

Over 100 are expected to attend the world’s first celebration of 50 years of farmed deer science, which is still taking place in Invermay next Monday, despite the Queen’s Funeral holiday. They will be celebrating the legacy of the generations of scientists who have supported the sector.

The ‘harem’ of deer scientists and others from the sector, will celebrate the “remarkable partnership built on respect and generosity between science and industry,” says DINZ science and policy manager Emil Murphy.

Ken Drew, one of New Zealand’s pioneer deer scientists will be welcoming participants at the Open Day.

Fifty years ago, the newly emerging farmed deer industry embarked on putting science behind it, on the advice of pioneer deer scientists Ken Drew and Les Porter.

Industry backing, innovation, positivity and “fantastic researchers” – including Drew, Tom Barry, Jimmie Suttie, Tony Pearse, Peter Fennessy (who was honoured with an ONZM in this Year’s New Years Honours), Graham Barrell and Geoff Asher – creating world-leading deer science have combined to make Invermay synonymous with the evolution of the New Zealand deer farming industry. It also earned an international reputation for its science and research output.

“We’re celebrating the legacy of those generations of deer scientists and looking forward with this generation to an incredible future for New Zealand’s farmed deer,” says Murphy. 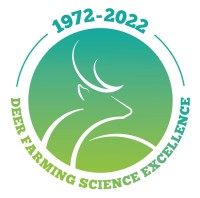 The Open Day at Invermay, followed by a gala dinner at the Otago University Union, will be held on Monday 26 September. Lunch is sponsored by Duncan NZ and dinner by Silver Fern Farms.

The event is open to anyone who has an interest in deer farming. Registrations for the two events are essential, so the organisers know how many are attending: 1) the Invermay Field Day (free); and 2) the Gala Dinner ($70 per head).

More, including the latest programme, and registration>> 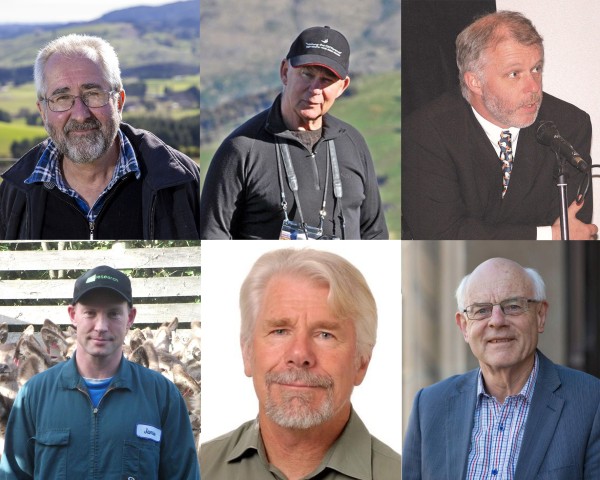 Some of the scientists who have contributed so much to the sector. Clockwise from left to right are Drs: Geoff Asher, Tony Pearse, Jimmie Suttie, Peter Fennessy ONZM, Graham Barrell and current generation AgResearch scientist Jamie Ward.

DINZ is working with the Ministry for Primary Industries (MPI) to ensure a deer perspective is included in the plans as the government department reviews and improves readiness for Foot and Mouth Disease (FMD). An Operational Agreement is expected to be finalised this summer. 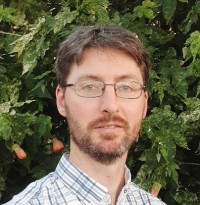 Much of the work is focused on operational plans for all the things that need to happen if New Zealand needs to respond to an outbreak, explains DINZ science and policy manager Emil Murphy.

“There is also a lot of work going on to ensure DINZ and the other livestock industries have their place at the table to decide the course of a such a response,” says Murphy, adding this is the key reason the deer industry joined the Government-Industry Agreement on Readiness and Response (GIA).

The Operational Agreement outlines how Government and industries will work together, the responsibilities of each party, and how costs will be shared.

“While this has been successfully done for pests in other sectors, such as for Queensland Fruit Fly, the significant impact FMD would have on all parts of New Zealand society makes it much more difficult to negotiate,” explains Murphy, who hopes an agreement will be finalised this summer.

Deer farmers should be checking their on-farm parasite protocols are up-to-date, DINZ suggests, after New Zealand’s wettest winter has resulted in record parasite numbers in sheep this year. 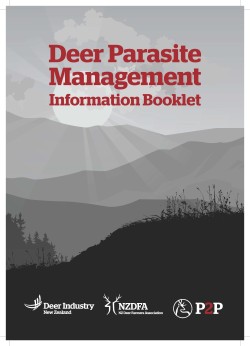 Techion, the country’s leading laboratory analysing faecal egg counts, reports counts of over 3,000 eggs per gram (epg) were received across the South Island in sheep in June/July, a time when their levels should be around 300 epg.

The company’s managing director Greg Mirams, points to the wet and challenging conditions over the past couple of months, which had the “biggest impact on the parasite challenge,” while other factors like the high levels of pasture contamination through the autumn and feed availability have also played a part,” he says.

DINZ has been working with Wormwise, the independent organisation producing resources to help manage parasites primarily in beef and sheep, and its recently appointed programme manager, Ginny Dodunski.

“The Wormwise programme has been increasing its activities and we have been working with Ginny to make sure the fundamentals of advice from both organisations are aligned and that we are all considering the most recent information,” says DINZ science and policy manager Emil Murphy.

While some of the resources available through Wormwise are applicable to deer, there are differences between the parasites and how to manage them, he notes.

“For example, the registration of Cervidae Oral in 2021 was the first time deer farmers were provided with a triple oral combination formulated specifically to be effective in deer and with only 28 days withhold period.

Work on the new Code has been completed by the National Animal Welfare Advisory Committee (NAWAC) and public consultation has now opened. DINZ general manager quality assurance Rob Gregory is strongly encouraging deer farmers and vets to have their say on the draft.

The deer farming industry is well-known for its high standards of animal welfare. So, the release of a revised Code of Welfare for Farmed Deer is not a reflection of welfare concerns. It is simply the latest in a long list of Codes of Welfare for farm animals to be updated, he explains. 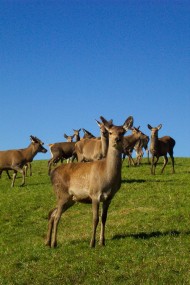 ”Anyone in New Zealand can have their say on the draft Code,” notes Gregory.

“Farmers will need to be familiar with the proposed changes, as it will apply to their day-to-day deer management practices. Also they may wish to make a submission on any aspects of revised Code they consider to be impractical or ill-advised.

“Public consultation means that anyone in New Zealand can have their say on the draft Code, regardless of whether they know anything about deer farming or not,” he says.

“Submissions from deer farmers and vets will add to the DINZ submission and ensure the final document remains practical and achievable for the industry, both now and into the future.

“Given this is something that affects every deer farmer in the country, big or small, we can’t afford not to let our views be known.”

Submissions close at 5pm on 10 November.

Find out more and make a submission>>

The current Cervena licence term is coming to an end. Some licensees have elected to renew, and some have decided to not renew their licence. 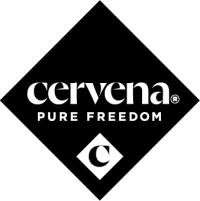 DINZ will continue to support all companies with their marketing and promotional activities across the various global markets.

The focus on further development of the US retail market will continue, with all five companies and DINZ seeking additional funding from MPI to help accelerate work started to assist the recovery of venison prices in the last two years. 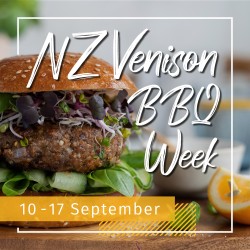 People all over the world were testing out venison recipes last week on their barbecues.

Plenty of people entered the DINZ Facebook competition with their photos of NZ Venison cooking on their BBQs. They were keen to win the prize of a BBQ, plus a personal chef experience with DINZ executive chef Graham Brown cooking a venison feast for eight, anywhere in New Zealand. He will now be cooking for the delighted competition winner, Amy Miller, who cooked a venison kofta dish with eggplant and feta, pickled onions, capsicum and avocado salad and a yoghurt and herb sauce.

DINZ assisted activities are also taking place in China and Germany. You can read all about that in the latest edition of Deer Industry News (out soon).

These delicious little Bacon Wrapped Venison Bites, from fresh.co.nz could just become the star of any Spring drinks party.

Perfect to enjoy with drinks with friends.