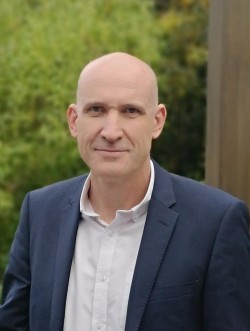 Innes Moffat welcomes the promise of a faster pathway for the registration and approval of the GHG tools.

The deer industry welcomes the decision of the government to fund the development of tools that farmers will be able to use to reduce the greenhouse gas emissions (GHG) from their livestock.

“At present there is literally nothing many hill and high country farmers can do to reduce their emissions of methane and nitrous oxide short of reducing stock numbers. This in turn would reduce their ability to pay the emissions charges the government proposes to introduce in 2025,” says Deer Industry NZ (DINZ) chief executive Innes Moffat.

He says some farmers can get income from carbon and timber by planting trees, but for much of the deer farming heartland tree planting is not possible. It’s prohibited under many regional plans and in other areas the soils and climate are unsuitable.

“The message we take from the Emissions Reduction Plan announced this week is that our minister and his colleagues recognise that farmers need tools to enable them to reduce GHG emissions, while remaining productive and profitable,” Moffat says.

“We also welcome their promise of a faster pathway for the registration and approval of these tools once they have been shown to be safe, effective and acceptable to our overseas trading partners.”

The methane reduction tools being considered include feed additives, slow-release rumen boluses, vaccines and genetic selection of lower-emitting livestock. Potential nitrogen reduction tools include pasture treatments and specialist crops. Other opportunities will doubtless emerge, Moffat says, when the research effort is amped up.

As part of the plan the government has committed $710 million over four years to accelerate efforts to reduce agricultural emissions and to expand the contribution of forestry to emissions reduction, both through carbon sequestration and the production of alternative ‘green’ fuels. The ministers’ media release is here. The plan can be found here.

Government funding for agriculture in the plan falls into four broad areas:

At the same time as the government was releasing its plan, the members of He Waka Eke Noa (HWEN) were considering a report on the proposed pricing regime for agriculture to be presented to the government at the end of this month.

This lays out how a farm level system would operate, how producers could get recognition for sequestration and how producers would get a discount for undertaking approved actions that reduce greenhouse gas emissions. The final decision on the pricing regime will be made by the government, after taking advice from the Climate Change Commission on the impact of the HWEN proposal.

He Waka Eke Noa is designing an alternative pricing system to the NZ ETS for agricultural emissions so that the system can:

“The deer industry continues to reinforce to other sector groups that we will support a pricing regime that incentivises emissions reductions, where every sector pays its fair share, subject to there being cost effective mitigation tools that farmers can apply on their farms. If those tools don’t yet exist, a GHG price will simply undermine the viability of the farms concerned," Moffat says.