Pivot to US retail for venison showing signs of success


The pivot to retail in the United States is having positive results for marketers. All marketing companies report significant increases in the volumes being sold through retail in the US. The Lamb Company reports “very encouraging” interest from US consumers which points to the future potential of this market for the industry. 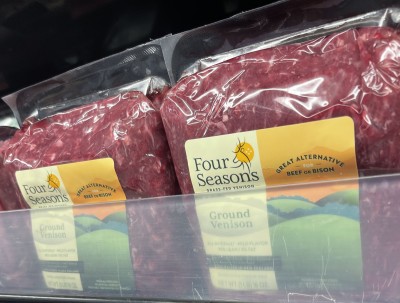 Official figures will be out next month but the Marketing Working Group’s targeted 450 tonnes has already been exceeded, ahead of target.

Silver Fern Farms gave an inkling in July’s DFA Stagline that the venison/elk retail category had had a lift of 39.5 percent in value in the year to 15 May 2022 – the strongest growth in the USA for proteins, including meat alternatives.

Further signs coming from the venison Marketing Working Group are of a positive and successful season in North America. Funding from the P2P has enabled the sector to quickly pivot to a new opportunity in the US, retail, they say.

Amongst those targeting the US retail market via the co-promotions have been First Light, Silver Fern Farms, Mountain River Venison and Alliance. The latter is selling its products through its co-operative North-American partner The Lamb Company (TLC).

“We are seeing month on month growth and expect that to continue as consumers become more aware and familiar with this new fresh ground item.”

Sales are expected to be boosted further by a digital campaign currently running with an East Coast retailer. Consumers are being given access to tools and resources to help them create delicious family meals with venison.

“The aim is to help them have a great 'first experience' with Four Seasons ground venison and encourage them to include it as a regular family meal,” Morris explains.

Tacos – one of the “go-to” everyday meals for US consumers – are also being highlighted through a Four Seasons ‘National Taco Day’ promotion in partnership with a retail-focused digital magazine. This highlights how easy and healthy it is to substitute venison for beef in that dish.

A major part of getting retailers interested in venison is telling them about the rise in popularity with consumers, he says.

“Many buyers will ask 'why will my customers buy venison?' Much of the promotional material we develop focuses on consumer demand statistics and how consumers, particularly younger consumers, are increasingly interested in alternative healthy ethically raised proteins.

“One of the great things about the increasing popularity of venison with retail consumers is success builds success. Retailers stock what consumers want to buy and increasingly they want to buy ground venison.”