As the deer industry’s seven-year Passion2Profit (P2P) programme enters its final year, design work for a successor programme is well advanced. P2P is the Primary Growth Partnership between DINZ and the Ministry for Primary Industries that launched in 2015.

DINZ farm performance manager Phil McKenzie is coordinating the work for a new programme. He says P2P has shown there’s a real thirst for teamwork, knowledge and innovation right through the industry’s value chain. He says this is reflected in the teamwork that’s gone into developing the new programme.

“A lot things we’ve done have worked really well, but of course not everything does. P2P has shown us where we can build on the successes and also where there is untapped potential.”

McKenzie says a venison marketing working group and members of the P2P advisory group have been developing the key themes for a successor programme, working title ‘NewPro’. 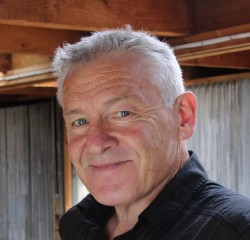 Phil McKenzie: catering for the deer industry’s thirst for teamwork

A key partner in the process is the NZ Deer Farmers Association.

“We’ll be testing ideas for new projects with groups of deer farmers. Their priorities and buy-in are essential. In fact with appropriate resourcing from a ’NewPro’ they could be helping deliver some of the future on-farm programmes,” McKenzie says.

So far 12 prototype new projects for NewPro have been mapped out, but more may be developed before the initial case is submitted to potential co-funders later this year.  “They are enough to give people an idea, and a structure so that feedback can help build even better programmes.”

He says the overall P2P focus on profitable, sustainable venison production targeting premium, diversified markets would continue, but there would also be more emphasis on value from the whole animal including velvet and on developing people and skills.

There will be a spectrum of activities throughout the chain from the farm to the end consumer, but some “cut-through” themes would be common to all – among them, climate change, creating powerful stories and a strong evidence base.

He stressed that the new programme would complement, not replace the ‘business as usual’ activities of DINZ, such as its promotion partnerships with venison marketers.

McKenzie says the transition to a new programme comes as the industry faces multiple challenges.

“Covid has affected venison prices and shipping, while farmers are dealing with new compliance demands and land-use competition. It does focus the mind on future opportunities.”

Some of the proposed projects under the NewPro umbrella build on existing P2P programmes.

Among the highest-profile and most successful of these have been Advance Parties and Deer Industry Environment Groups.

Responding to farmer requests to “mix it up a bit”, a successor project with the provisional title Deer Clubs has been developed. These could provide regionally-based, specific projects over the course of a year. Examples might include wintering systems, environment plans or lucerne for drought proofing. Equally there may be specific modules for existing groups to work through.

McKenzie said farmers who couldn’t make the ongoing commitment to an Advance Party would be more likely attracted to a practical and relevant project where they still engaged with other farmers and a skilled facilitator.

Another planned project, Deer Training, builds on existing programmes like the NZDFA’s Next Generation and the P2P Big Deer Tour. This would provide a more formalised training programme for students or young farmers, with modules covering farm business, on-farm productivity, and products and marketing. 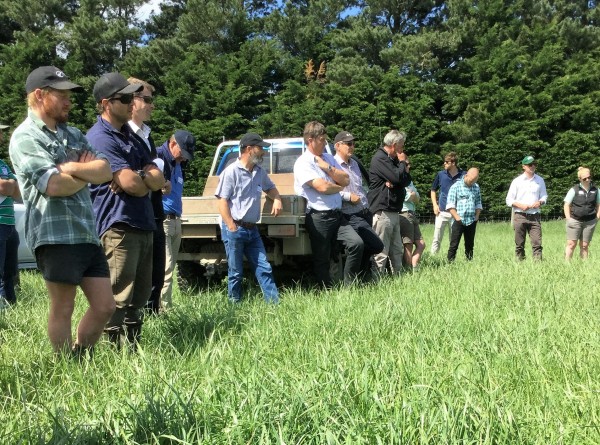 Advance Parties have been a P2P success story, but some farmers are too time-poor to make the ongoing commitment required. Short duration ‘Deer Clubs’ designed to build knowledge of specific topics may appeal to these farmers

A new project, Customised Data, would help identify technology to merge third-party data into a useful form to guide decision making. This could help save time and effort and provide a useful way to inform decisions not only by farmers but also by their advisers and third parties needing verification of good farming practices.

McKenzie said there is plenty of good information available for farmers and others. “The key is to deliver it to them in a useful, relevant and timely way and this will be one focus for NewPro.”

The final business case will go to funders by mid-2022 and, if approved, it’s hoped to start rolling it out by the end of the year.