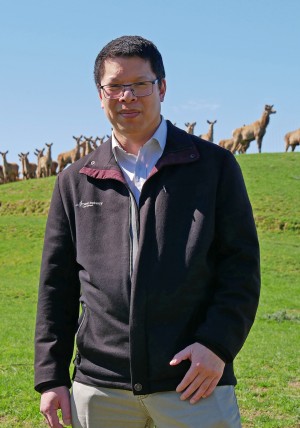 Deer Industry New Zealand (DINZ) is pleased to announce the appointment of Dr Lindsay Fung to the role of producer manager. He will replace the long-serving Tony Pearse, who retires from the role in October.

Advocacy on behalf of deer farmers is becoming increasingly important as societal expectations of land users continue to grow. This will be reflected in the producer manager role, which helps connect deer farmers, through the NZ Deer Farmers’ Association (NZDFA), with DINZ and the wider community.

Lindsay has proven his ability to represent deer farmers’ needs at regional and central government levels through his role as DINZ environmental stewardship manager. He will now be tasked with representing producers’ interests across a wider portfolio of farm issues and working with his DINZ colleagues on policy and productivity matters.

Lindsay originally worked for DINZ in a newly created role of science manager from 2006 to 2010. After a short period with Horticulture NZ, he rejoined DINZ in 2014 and since then has been focused on environmental policy and stewardship.

Building stronger links between local NZDFA branches and regional government has been a vital part of his role to date, where he’s shown that giving voice to farmer interests can make a significant difference to regulatory changes affecting their ability to operate their farm enterprises.

He takes up the DINZ producer manager role on 15 October.