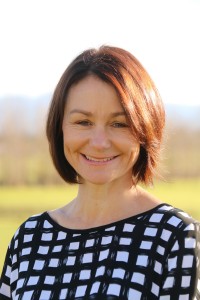 I hope that everyone has managed to negotiate their way around Covid and isolation requirements over the past few months and that it hasn’t caused too much added pressure to busy lives. We, the executive, are pleased to be able to hold a face-to-face Branch Chairs Meeting in Wellington at the end of this month (I hope I haven’t just jinxed it !!). Zoom doesn’t quite cut it with being able to discuss the bigger issues and a general catch-up on how things are around the place.

This will be John Sommerville’s last Branch Chairs Meeting as our DFA Chairperson after spending 3 years at the helm and a further 7 years before that on the executive.

In that time John has been involved in many discussion and advisory groups advocating for the deer farmers’ perspective. He has seen many changes in the industry over this time with the inception of the P2P and its many initiatives which have been supported by the DFA, as well as the various fluctuations in the venison and velvet schedules and the implications of these.

John has been a great supporter of the Next Generation programme run annually by the DFA and was part of its development and has no doubt been instrumental in its success. I know he has enjoyed seeing the enthusiasm of all those who have attended over the years.

His time as chairperson has been challenging, with a worldwide pandemic turning our markets upside down and relentless regulatory requirements being churned out at the rural sector. John has been tirelessly at the table for these many discussions, pointing out the practicalities and realties of what this will mean to our industry and farmers.

The DFA is very appreciative of this contribution and the industry is fortunate to have had someone as passionate as John give his time, knowledge and skills so whole heartedly. There has never been an issue arise at this level that John has not been totally focussed on, and he has given his absolute all for the NZ deer industry.

He will now need to find another excuse to hop on a plane and fly ‘norrrrth’, but I am sure he will have more time on his hands to do just that.

Finally, we wait for the recommendation from the HWEN programme Office at the end of May to be released, after many hours of advocating on the behalf of deer farmers it will be interesting to see if we have been listened too at all. We will endeavour to keep you informed of the outcome as soon as we can.