Deer farmers getting to ‘Know Your Number’


Peel Forest Estate’s Mark Tapley says attending a DINZ “Know Your Number” workshop has made things a lot clearer and was very helpful in getting his head around what is involved, and what it might mean for his operation when greenhouse gas (GHG) pricing is introduced in 2025.

The Canterbury workshop he attended was “run very well” by environmental consultant and deer farmer Danette McKeown, “and was very helpful,” he says. 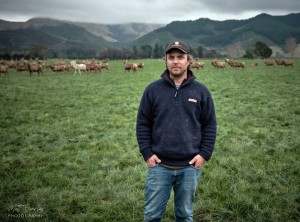 Peel Forest Estates’ Mark Tapley doesn’t like the idea he’s going to pay for biological emissions, but believes the deer sector “should be doing something.

Greenhouse gas accounting is complex, he says, adding he is also doing the NZ Farm Assurance Plus (NZFAP+) and a carbon-zero initiative with Silver Fern Farms using some intelligent mapping software to work out his sequestration.

“Without knowing how much carbon you are sequestering, you cannot know your true number,” adds Tapley.

Technology such as satellite mapping makes it much easier to work out sequestration on individual properties.

He doesn’t like the idea that he’s going to pay a levy for biological emissions. “But, I believe we should be doing something,” he says. “However, the level at which New Zealand’s deer farmers are going to be taxed for methane needs to be fair, when methane levels across all agriculture as a country, are stable, if not declining.

“As farmers, we’re doing the very best we can to reduce any environmental footprint, with waterways, planting trees and so on, and we’re doing our part. But, going into the ETS would be even worse because they treat methane as a long-term gas, the same as carbon dioxide, with no off-setting of emissions through on-farm sequestration.”

Deer Industry NZ is strongly encouraging deer farmers to attend a Know Your Number workshop to find out how to calculate on-farm greenhouse gas (GHG) emissions.

Chief executive Innes Moffat says the threat posed by climate change is such that the ag industry, including deer farmers – along with all other sectors of society – need to do their bit in reducing GHG emissions.

“Our customers expect us to reduce our carbon footprint, as do our fellow New Zealanders. The Carbon Zero Act also has the support of the major political parties, so isn’t going to change substantially even with a change of government. So it’s important for all farmers to get our heads around what reducing or offsetting emissions might mean on their farms.”

DINZ and the HWEN partners are still awaiting a formal response from the government to the HWEN farm level pricing system recommendations made in June.

Moffat says DINZ is holding Know Your Number workshops with the aim of having 440 deer farms knowing their GHG emission numbers and having an initial plan for reducing their emissions by the end of the year as the sector’s commitment with the HWEN partnership.

He says once you know how, “an emissions reduction plan does not need to be very detailed, because there are no magic bullets for reducing emissions.”

She also noted that “while some farmers don’t necessarily agree with or like the greenhouse accounting proposals the feedback following the workshops shows attending was definitely worthwhile.”

She has also recently noticed more people coming through now who may not usually attend workshops or use computers but realise they “just need to know their number”.

To attend a ‘Know Your Number’ workshop in your area, check out the events page on www.deernz.org, or contact the organiser, Megan McCall, Tel 03 477 6375, mmccall@abacusbio.co.nz