The winners of the 2021 Elworthy Award, the premier environmental accolade for deer farmers, are Grant and Sally Charteris, Forest Road Farm, Central Hawkes Bay. The award was presented at the Deer Industry Conference in Invercargill earlier this month. 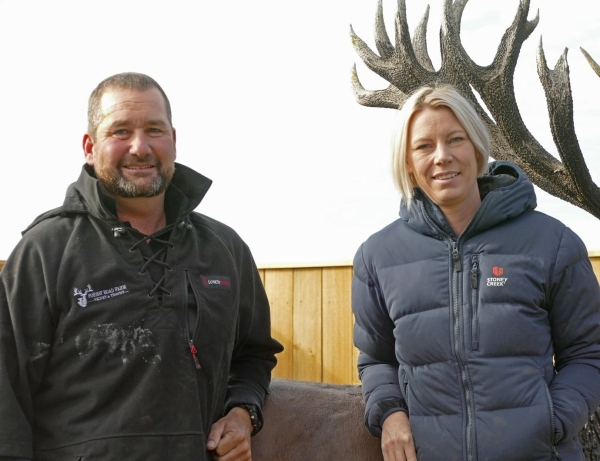 This is the second Elworthy Award in a row to be awarded to a Hawkes Bay farm. The previous winners were Evan and Linda Potter of Elsthorpe. More recently, the Potters been recognised as the winners of the 2020 East Coast Ballance Farm Environment Awards. They also won the Gordon Stephenson Trophy, a national award in which recipients become ambassadors for sustainable farming.

Lead judge, Janet Gregory, said the eight entrants in the biennial deer environmental awards had many things in common: active farm environment and business plans and involvement in the deer industry’s productivity and environmental activities.

“All are leaders in the industry, show great passion and stewardship of the land, and are supporting their local communities. Many of them have calculated their greenhouse gas emissions or are planning to do so,” she said.

“All were of exceptional standard, separated from each other by the narrowest of margins. But the Charterises were notable for their meticulous planning, documentation and analysis. This informs their stock and feed management in their district’s challenging climate. 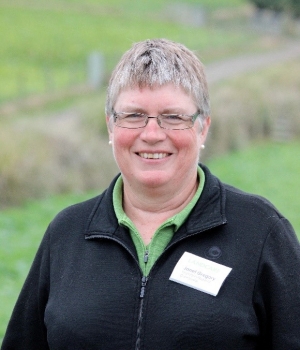 “Their Forest Road Farm is a 327-hectare red deer stud and velvet operation which also runs some beef cattle and Wiltshire sheep. It’s a great example of a sustainable farming business where the environment is being progressively protected and enhanced, with gullies and streambanks fenced off and planted in trees to reduce soil erosion and to minimise sediment run-off.”

The couple have planted more than 15,000 native trees over the past three years on the 327-hectare rolling to steep hill country property. More tree planting is planned.

“Soil protection is a key focus of everything they do. For example, care is taken when selecting paddocks for cropping and buffer strips of non-cultivated land are left alongside gullies. Break feeding of crops is avoided and high grass covers are maintained on pasture,” Gregory said.

Award convenor Dr Lindsay Fung, says this is the first time a deer industry environmental award has been sponsored by an overseas customer. “It underlines the importance of sustainability to consumers of NZ deer products in Asia as well as in other markets and we are thrilled to have this level of interest and support of these awards.”

John and Mel Somerville, Arawata Deer Farm, were awarded the Duncan New Zealand Award for "forward thinking and innovative farm practices while operating their business within a demanding environment."

Tony, Michelle and Kate Roberts, Maitland, Southland and John and Mary Falconer, Ranfurly, Otago were strong contenders in several of the award categories further emphasising the high calibre of all of the entrants and an indication of the lifting of environmental standards across the industry since the awards inception in 2001.

An excellent property exhibiting high quality animals and pastures that meets the challenges of a long demanding winter climate while minimising environmental impacts.

Thorough planning, documentation, and actions to protect and enhance the natural resources in a challenging environment.

Total integration and management of an extensive property building on its strengths and knowledge within the team to provide a high achieving sustainable business.

Exceptional management of a challenging property protecting soils, biodiversity and water quality while enhancing the environment with thousands of trees resulting in a stunning property.

Excellent protection and enhancement of biodiversity and respect for the land and substantial family legacy and values strongly evident, while willing to learn and innovate in a complex business.

A highly motivated family committed to their community, ensuring protection and enhancement of the farm environment combined with thorough planning and recording provides a strong platform for a sustainable farm business.