Deer farmers have a new tool available in their fight against one of their industry’s most productivity-sapping animal health challenges: internal parasites.

And unlike the various chemical treatments and other management practices that are used to combat lungworm and gastrointestinal parasites in deer, the animals are already carrying this tool around in their DNA.

It’s called CARLA, representing an animal’s ability to produce an antibody that helps protect it against internal parasites. The larvae of gastrointestinal parasites and lungworm have a sheath that protects them from the environment when they are still on pasture. A few days after they have been ingested by a grazing animal they shed this sheath. They then develop inside the animal into adults before reproducing.

The sheath includes an antigen, the Carbohydrate Larval Antigen (CarLA). Ruminants, including deer, produce an antibody in their saliva in response to CarLA. It binds to the sheath and limits the parasite’s ability to establish in the gut. Some animals produce the antibody earlier and at much higher levels than others. What has really got scientists and deer farmers excited is that the gene in deer for levels of this antibody response to CARLA is moderately heritable and there is wide variation between animals in production of the antibody.

This makes selecting animals for high CARLA levels feasible and means commercial farmers can now buy sires with higher than average Estimated Breeding Values (eBVs) for CARLA with the confidence that the trait will be passed on to progeny. Long-term it is expected to have big part to play in well-designed on-farm integrated parasite management programmes that also include grazing management and judicious use of drenches.

The livestock industry has actually known about CARLA for some years; the test deer farmers can use for the antibody levels – done with a simple saliva swab – was originally developed by Beef+Lamb NZ for the sheep industry. So, because of the high cost of internal parasites to the deer industry, the CARLA test was included in the Deer Progeny Test research programme, which ran from 2012–2014. 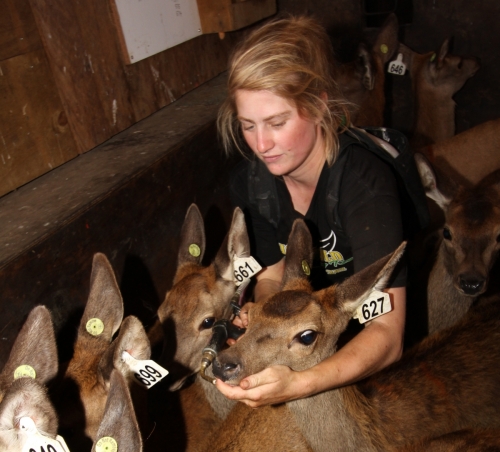 In the long-term, breeding from high-CARLA stags as part of an integrated parasite management programme is likely to mean farmers will be less reliant on drenching

Having the genetic trait for producing the CARLA antigen is one thing, but does it confer a proven productivity advantage in deer? That has been the missing link in the CARLA story for deer. It’s also why Deer Select has until now been using the qualifier ‘Research’ on its eBV for CARLA, even though a number of hopeful deer breeders have in recent seasons been selecting for high CARLA levels using the eBV for the trait.

Now it’s no longer a matter of hope. Results from a just-completed trial at AgResearch Invermay have shown unequivocally that progeny of sires with high CARLA grow better, faster and more profitably. High genetic merit for CARLA is really positive for deer productivity and welfare.

The work has been led by farm systems scientist, Jamie Ward. He presented the results to the deer industry at its recent virtual conference.

The trial involved 251 weaned red deer over 32 weeks, from March until slaughter in late October, a period when growth in young deer can be seriously limited by heavy parasite burdens.  The results showed that not only did high-CARLA progeny have lower parasite burdens, but they also grew bigger and faster.

The potential gains, when extrapolated over the whole venison industry, can be measured in the millions of dollars, but even on a per-animal basis the genetic trait could significantly increase value, Ward explains. 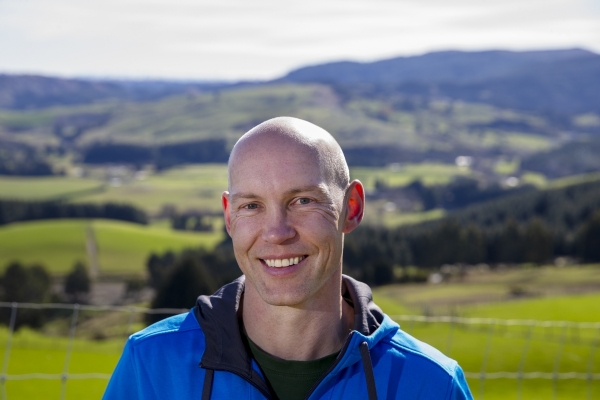 Ward says the economic gains from high-CARLA progeny were clear. “Our modelling showed that carcass values were $5.58–$22.96 higher per animal, but the economic gains were actually greater than that because the high-CARLA animals used less feed and could be finished from 13 to 55 days earlier.”

He says the marginal increased value per animal was anywhere from $10 to nearly $42 when savings in feed costs were taken into account. “If you applied that to the entire R1 male annual kill, the increased marginal value could be anywhere from $2.07-$8.62 million.”

Ward is excited by the potential benefits of high CARLA levels and lower internal parasite burdens for both deer farm profitability and the welfare of young deer. But he is at pains to point out it does not mean that farmers can stop drenching their growing deer against internal parasites.

“It’s a very important addition to the toolkit, which also includes judicious use of effective drenches, good biosecurity and grazing management. But over time, as the genetic gains from high-CARLA sires are permanently locked into the national herd, reliance on drenches may decrease.