What’s been happening around the country? | Issue 181


While it’s only been three weeks since the last DFA Stagline and it’s still wet (although the grass is starting to grow), I’ve managed to attend a couple of branch meetings and also spent two days out of Wellington with colleagues visiting farms and businesses on the venison side of the industry (mostly!).

It’s fair to say that farmers are feeling quite under the pump coming out of a long, challenging winter and faced with the prospect of consents for grazing next winter, ongoing uncertainty around other freshwater regulations and paying for greenhouse gas emissions. Venison prices are improving. The schedule is well up on last year, it’s tracking in the right direction and we understand contracts are out and are in line with earlier company estimations.  However there is still strong competition from lamb prices and the increases don’t cover rising costs.

And yet when I attended the Hawkes Bay Branch’s committee meeting on 17 August, the supportive, ‘can do’ attitude that typifies deer farmers and the branch members seem to have in spades (must be something in that Hawkes Bay water), was to the fore in everything that they covered.  One exciting idea that the branch will hopefully develop is a Hawkes Bay run event that is similar in format to the Next Generation programme but aimed at the “Now Generation” (i.e. the older farmers amongst us!).

Another significant activity that the branch is helping to run is the 2021 Elworthy Environment Award winners field day held at Grant and Sally Charteris’s farm on Wednesday 5 October.  Please keep an eye out for registration notices for the event.  It promises to be a highlight of the year and will include a Korean film crew that will be filming promotional material for NZ velvet.  I’m looking forward to Grant’s rendition of Gangnam Style.

Staying in the North Island, I also attended the Bay of Plenty branch’s AGM on Wednesday 24 August.  This branch has many long-standing deer farmers and a huge amount of industry corporate memory and experience.  Their concerns were very much the same as those of the Hawkes Bay farmers, but there was also the same level of pragmatism and discussion on doing the things that they could control.  The branch has established good connections with a high school and hosts visits from senior student classes to a couple of deer farms, so there is some awareness of deer farming for high school leavers thinking about agriculture.

In the last issue of DFA Stagline I introduced my colleagues in the DINZ Producer Management team.  We spent a couple of days visiting deer farms in the Wairarapa and Hawkes Bay, as well as First Light Foods in Havelock North and Venison Packers Feilding.  This was a nice way to connect us Wellington types (and one Wanaka type) with the farmers, processors and marketers.  Our thanks to Sophie Atkinson, Matt Gibson, Nicola Morgan, Toni Frost, Grant and Sally Charteris and Simon Wishnowsky.

Photographic evidence that DINZ staff have got gumboots and have been on farm follows: 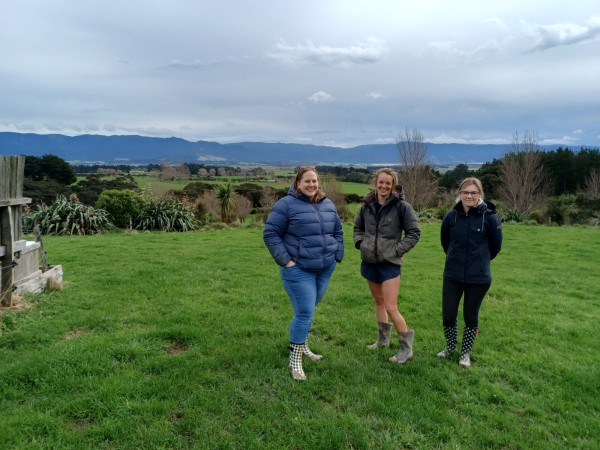 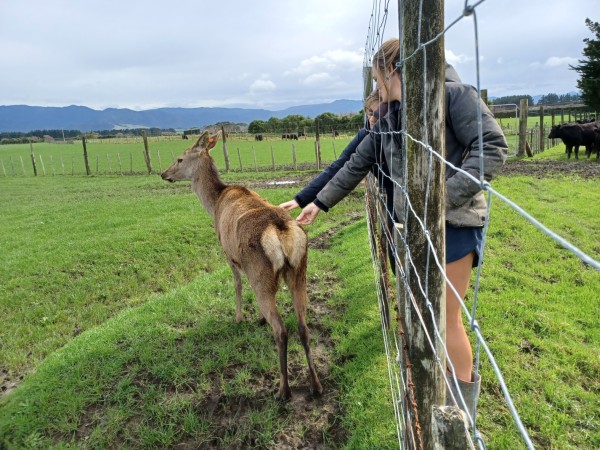 Sophie and Rebecca up close and personal with Maisy! 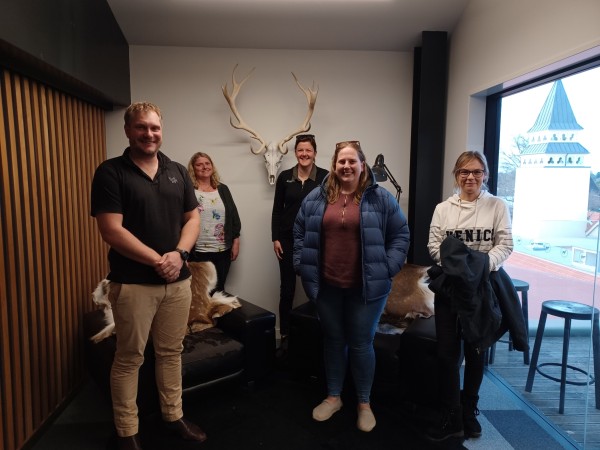 Matt Gibson and Nicola Morgan (on the left) with the DINZ team at First Light Foods offices in Havelock North. 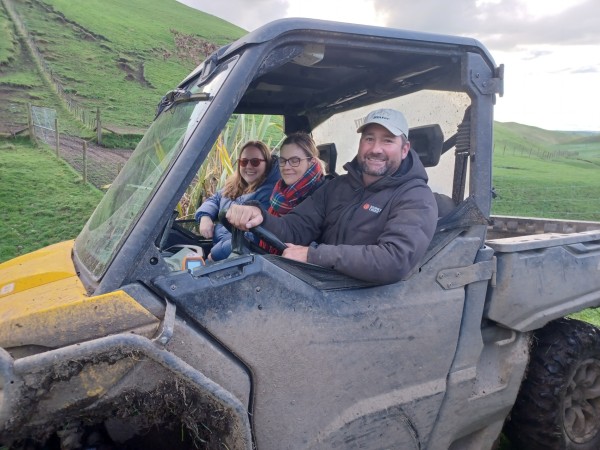 Grant Charteris turning on the charm for his visitors. 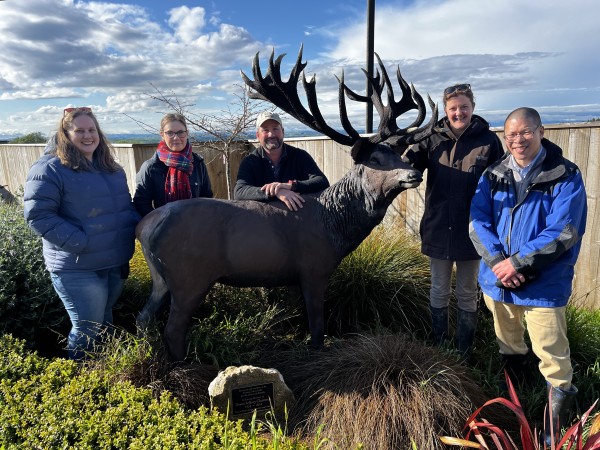 Evidence that Lindsay was on the trip too. Featuring stag by Murray Matuschka.

September is already shaping up to be a busy month as farmers look to capitalise on growth opportunities and get ready for fawning and velveting, but for me October will be the month where everything will be happening and I’ll be frequenting the South Island and looking forward to catching up with as many farmers as I can.

I hope everyone is starting to dry out, getting some grass growth and generally on the up as we move into spring.