All deer farmers are being urged to make their voices heard about the farm greenhouse gas (GHG) pricing options developed by the He Waka Eke Noa (HWEN) partnership. Formal submissions close on 27 March 2022.

HWEN has recently released two options for farmer consideration, alongside what it calls the ‘backstop’ – the entry of farming into the NZ Emissions Trading Scheme (ETS).

Independent analysis, as well as HWEN’s own financial model, show that under both HWEN options deer farmers and extensive drystock farmers will typically pay up to four times as much per kilo of meat or milk solids as intensive farmers. On the other side of the ledger, many extensive farms have a greater opportunity than intensive farms to offset some of their emission charges through carbon sequestration in growing trees. 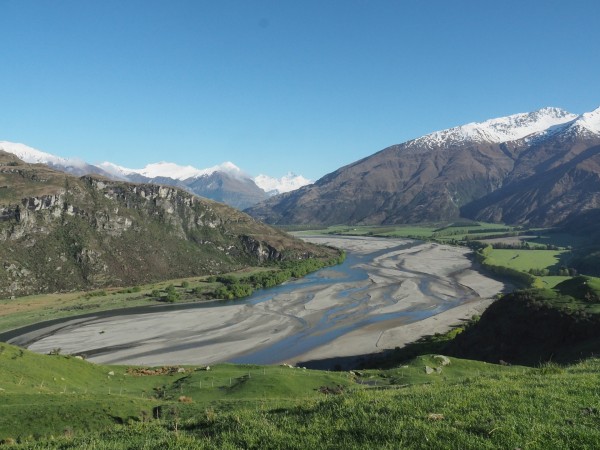 Scenic, sustainable, great deer country, but no place for trees. Why on earth should it cough-up more in emissions charges than an intensive farm?

The worst affected are extensive hill- and high-country farms where tree planting is not possible because of climate and soil type, or because it is prohibited in a regional plan. Ironically many of these properties are used by food marketers as showcases of low-impact free-range farming systems.

The NZ Deer Farmers Association (NZDFA) has major concerns about all three alternatives. But since none-of-the-above is not politically viable, it is putting its weight behind ‘Option 1 Transformed’, a suite of policy proposals put forward by an independent group of concerned beef, deer and sheep farmers.

“Sadly, most of the decisions that have formed the HWEN options 1 & 2 were undertaken behind closed doors by the HWEN board. That board has representatives from some of the HWEN partners and government, but actually has no grassroots dry stock farmer representation,” says executive committee chair John Somerville.

“They have now provided very little time for farmers to get their heads around the implications and provide informed feedback.

“If the two options are not modified, there will be mass conversions of extensive beef, deer and sheep farms to forestry. Yet per-hectare GHG emissions from most of these farms are low and importantly, their emissions of methane are either stable or declining. Also their impact on stream and ground water quality is the lowest of all farm types.”

He says it is critical to have a pathway forward that inspires confidence among farming families that there is a future for them as producers of healthy food products grown with a low environmental footprint.

“We prefer HWEN option 1 as it gives individual farmers the responsibility for managing their farm business and its emissions. But the option needs major changes.

“GHG pricing needs to be tiered, much like income tax, so that as your emissions per hectare increase, so does the rate at which you are levied. The tiers should be designed to ensure all land uses pay a similar proportion of their income for their emissions. No-one sector should be advantaged or disadvantaged relative to the other.

“The administration side should also be greatly simplified to avoid duplication and minimise costs. The cleanest way to do this would be via the IRD.

“We also believe that when the environmental impact of a farming system is assessed, an integrated approach is needed. It should take into account all impacts on the natural and human environment including climate change, freshwater, biodiversity, rural communities, amenity and other services of value.”

Somerville urges deer farmers to take the time to consider the HWEN options and to make an online submission on the He Waka Eke Noa website by Sunday 27 March.

“The whole HWEN process has been deeply frustrating and disappointing. But try and put that to one side and make a submission that explains how the various options will affect you, your family and farming enterprise. The NZDFA will be making its submission, but the voices of individual farmers are really important,” he says.

For more on Option 1 Transformed >>

To make a submission on the HWEN proposals >>

To discuss the issue, phone one of the NZDFA executive committee members or phone DINZ producer manager Lindsay Fung, Tel 027 668 0141.